UNIT 2 – How climate linked with viticulture 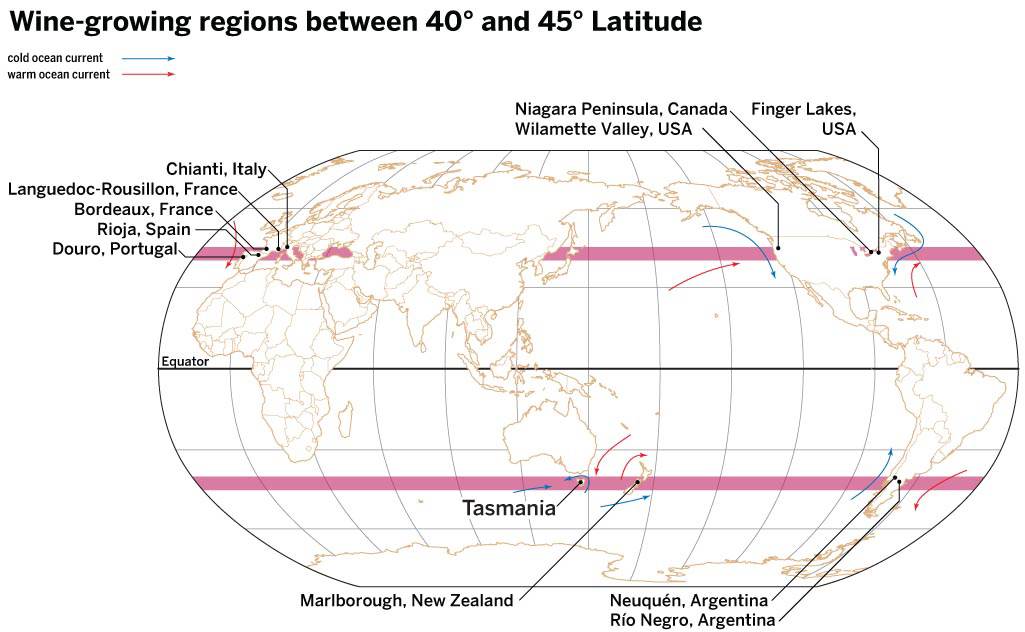 Outside these limits for example, in tropical regions vines do not enter dormancy while in regions at higher latitudes vines facing spring frost injuries. Under further warming renowned winegrape region will be facing the risk of relocation to northern parts and to the coasts while areas where their climatic conditions could not support viticulture are likely to be possible in the future.

Air temperature is the most important determinant of viticulture since it is strongly connected with:

Grapevines have four main developmental stages: (a) budbreak, (b) flowering, (c) véraison and (d) harvest. The time between these events greatly influenced by air temperature. For example, five consecutive days with average temperature above 10oC could initiate budbreak while extreme weather conditions thereafter may significantly advance maturity and harvest especially during the ripening period.For example temperatures above 25oC and 30oC could decrease net photosynthesis, berry size and weight as well as colour and aromatic intensity. In addition, extreme heat above 35oC could increase the risk of grape skin damage from sunburn.

Precipitation is another crucial factor which affects vine growth. Despite the fact that grapevines are resilient to dry conditions, extreme water deficit of both the current and the preceding years could impair photosynthesis of the plant resulting in unbalanced fruit composition and lower yield production. On the other hand light intensity increases vines photosynthesis.

These bioclimatic indices efficiently used for winegrape region categorization. They also appear to be particularly useful in assessing the potential ripening of many varieties and wine styles that can be produced as well as predicting the main phenological stages.